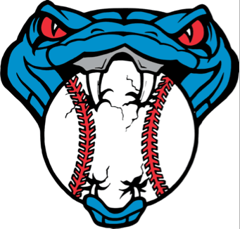 Want to get started?  Get better?  Fill out the quick form below by clicking the button and we'll contact you when next we train.

Divisions and conferences will be decided by the COBRA Coordinator.  (again, no DIVISIONS this season)

Seeding for tournament play will be based on:
If all conference teams play each other at least once:
Division wins
If unbalanced, the last game played will be considered in the number of wins
If all teams played each other 2X, but not all played a 3rd, the last 2 games played will be considered
Head-to-head wins
Wins against common opponents
Conference wins without consideration of a balanced schedule
Overall wins, including cross-conference games (NOT cross-divisional)

If no tiebreaker can decide seeding, then the team who first registered for that season’s competition will be given the higher seed.

Sunday Play results are used to determine seeding for the tournament, as explained above.

Any games when a team is playing their first game is a PLAY-IN game.  The winner of that game continues in the King COBRA tournament.  The loser moves into the Black Mamba tournament.  If a team has a first round bye, they play the winner of a previous PLAY-IN game.  Both teams in that competition will advance; one in King COBRA, the other in Black Mamba. Subsequent losses will result in elimination.

AWARDS are given for both divisions, but may be different.

PITCHING
TIES
RUN RULE
TIME LIMITS
All remain the same as Sunday Play, as shown in the rules

Click here to see all rules pertaining to COBRA.

The link below is ACTIVE
Register early as registration date/time is a tiebreaker. It impacted seeding for 7 teams in the Fall.
Registration is NOT complete until payment is received.
Registrations are for TEAMS, not individual players.  If your player is not on a COBRA team, contact your league's COBRA Administrator.